the more they stay the same.

My suspicions were right…my dad is drinking again.  It was a nice two years while it lasted.  I am so disappointed and even though I should have been prepared for this, I am still a little surprised.  I have had so many conflicting emotions about it.  I saw my therapist and through talking about it, she made me realize that I am really angry.  You might be saying “no, duh” (or maybe not lol), but it was a revelation to me.  You see, I get upset.  Being sad or upset is a more comfortable emotion for me.  I don’t really do angry.  Growing up, angry was not really something that was accepted and unfortunately, that carried over into my marriage.  I was never the one who was angry- that role was reserved for my father and for my ex-husband.  Through a good amount of therapy, I learned how to get in touch with my anger.  My current boyfriend would tell you that I have gotten much better at expressing anger, I’m sure.  But that says more about our relationship than anything else. Because I can am able to really be myself with him, I do not get anxious about being angry at him.  That’s also why the one person I was always able to get really mad at and fight with is my sister.

So…back to my dad.  I am really mad.  I am mad that he never apologized for anything that he did.  He never paid any consequences for his actions.  And yet, my sister and mom and I gave him a second chance when he stopped drinking. He did not earn it.  He did not deserve it.  We just gave it to him.  We made it so easy for him.  We were all so desperate for a “normal” family and were so happy and relieved to have him be sober that we just were grateful that he wasn’t drinking.  He should have spent the rest of his life making it up to us.  He should have begged for our forgiveness for what he put us through.  But, we never asked for that.  We just acted like 25 years of abuse and insanity never happened.  But that wasn’t enough, I guess.

He has started writing his nasty emails again.  That’s why I started this blog to begin with.  I joked that now I will have more to write about, but sadly, that is true.  As I have weighed the pros and cons and deliberated whether to confront him in person, my sister snapped and wrote him an email detailing ALL of the horrible things he has done to her and to my mother and me.  His response was that he thinks she is lying and that he doesn’t remember any of it.  He said that if it is true, he is sorry, but that it was a dark time in his life and he has been emotionally hurt, too.  I have mixed feelings about his response.  It definitely doesn’t feel like an apology and he was pretty dismissive about all the things she told him.  It was like “I don’t believe these things happened, but if you think they did, then I am sorry”.  Not even close to good enough. I’m also angry that he acts like he is the victim.  That “dark time” lasted two decades and spanned throughout my childhood.  He created that “dark time” himself when he chose alcohol over his family.

So now after two years of really nice, relaxing Thanksgivings, I am back to being anxious about what is going to happen on Thursday.  Will he come to my house for dinner? Will there be a scene? Will he insult me in front of my boyfriend? Will he stay home? Will he be horrible to my mom when she gets home? Will he hurt himself?  I honestly and truly did appreciate every minute of him being sober and I will never take those two years for granted.  But now that he’s drinking again, it is really bringing back a lot of feelings and memories and I find myself regressing a little bit.  But, as sad as that is to experience, I am trying to protect my heart by just staying mad. 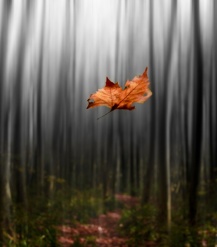 I think my dad is drinking again.  A few weeks ago, I talked to him on the phone in the morning and then again in the afternoon and when I hung up the second time, I literally said out loud to my boyfriend, “I think he sounded drunk”.  I pretty much dismissed the idea because he had a stroke two years ago (which led to his miraculous and unexpected sobriety) and so he does slur a little bit still.  But I also dismissed it because- to be honest- after two years of him not drinking, I got used to him being sober.  For the first year of his sobriety, I answered each call from him with that slight feeling of anticipated dread that it would be the time he would be drunk.  By the end of two years of sobriety, it shocked me how quickly I took for granted that he would be sober.  I guess what made it easier to acclimate was his complete and very abrupt stopping.  He was a horrible alcoholic one day…had a stroke…and from that day forward did not drink.  It was like a light switch was turned off.  Just like that…sober.

Now a little over two years later, that phone call that I stopped dreading finally happened.  There wasn’t anything obvious…just a slight difference in tone.  Really just something I can’t put my finger on that only the child of an alcoholic would even notice or know to listen for.  What was more worrisome was a couple of days later, my sister sent me a text with a screenshot of one of my dad’s emails.  She wrote, “do you think he’s drinking again?!?!?”  I immediately called her and told her my suspicion from the previous phone conversation with him.  We saw my mother that weekend and questioned her.  She just retired and is home all day with him and would certainly be the first to see the red flags.  She right away denied it and said she “would know” if he was drinking.  I decided to let it go- it was only a brief suspicion- and I wasn’t ready to confront the possibility that he could have fallen off the wagon.

Today, I got an email early this morning from my father.  In it, he included that my mother was mad at him because she found “a bottle of vodka under a cabinet” and that it was “several years old”.  My heart sunk.  Memories flooded back of being 13 years old and frantically searching for bottles of vodka in my dad’s various hiding spots.  I remember pouring part of one down the sink, the liquid burning my nostrils, and replacing the vodka with water…hoping it was diluted enough to prevent him from getting drunk.  My sister and I both called my mom and both told her the same thing- if he is drinking and she stays, she is on her own this time.

I can’t go through this again.  I can’t relive the horrible events from my childhood. I can’t stand by and watch and listen to him abuse us and my mother.  When I was 12 and he became an alcoholic, I had no choice.  I do now.  I just can’t do it.  Even just thinking about how he used to act- the horrible screaming on voicemails, the nasty, degrading emails, the ruined (and often frightening) family holidays- causes me to feel anxious.  I have made such an effort to become closer to him over these past two years.  But if he chooses alcohol over his family for a second time, it is going to undo all of that and I will cut him out of my life.  I just can’t do it.